What to do about heat pimples? 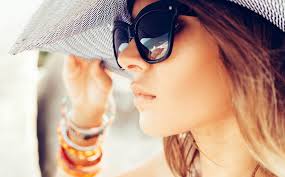 Heat pimples are mostly associated with babies and toddlers, but adults are also affected. The good news in advance: Heat pimples are absolutely harmless to health. But they can bother us, trigger a nasty itch and a burning sensation on the surface of the skin and cause inflammation. The pimples particularly like to spread out on body parts where there are many sweat glands. This includes above all armpits, décolleté, back, buttocks, thighs, and arms. Where we definitely don't need them, and when they're already there, we can't always cover them completely with clothing.
Heat pimples are particularly easy for babies and toddlers, because the skin pores are still relatively small, which can quickly cause constipation of the sweat glands. The pimples then arise primarily by wearing clothes that are too warm and thick or by wearing a diaper.

What are heat pimples?

Heat pimples are small blisters/pustules on the skin that arise when the ducts of the sweat glands become blocked. Often, in summer, when there are heat and high humidity, that's why they are often called heat rash or sweat blisters. They occur more often in skin folds or areas where there are a particularly large number of sweat glands, such as in the armpits, on the décolleté or between the shoulders.

What types of heat pimples are there?

There are four types of heat pimples that have different symptoms.

What are the symptoms of heat pimples?

The rash is particularly evident


The vesicles are usually the size of a millet grain and are located on the surface of the skin, more precisely: where you have a lot of sweat glands and therefore often sweat. The heat pimples are usually filled with a clear to milky liquid. Depending on the degree of constipation of the sweat glands, the pimples can be very painful and cause a burning or itching sensation on the skin surface.

Barbarous
Writer and news editor I work on a site health & fitness .
ShowHideComments
Latest posts from section BEAUTY Written by Barbarous
Follow our website at