Barbarous
7 Apr 2020
Easter is coming in the middle of the corona crisis. Supermarkets have now changed opening hours - we give the overview. 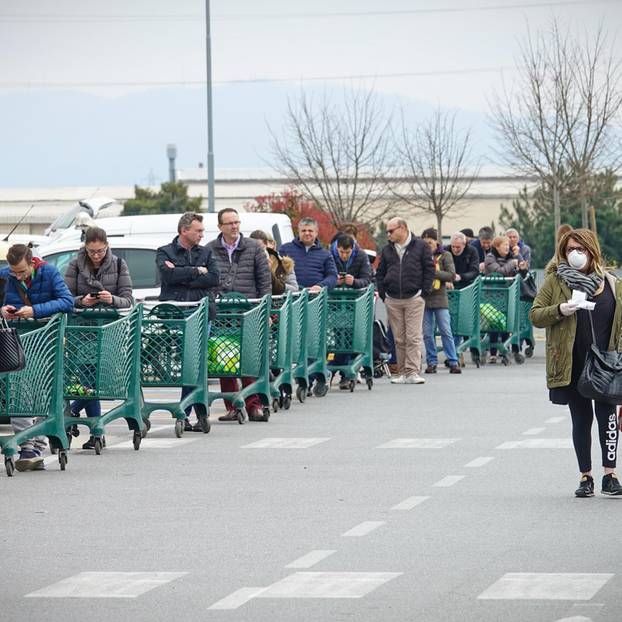 © MikeDotta / Shutterstock
Anyone who has been shopping in the past few weeks knows that the corona crisis poses a challenge for supermarkets. Shelves are bought empty, employees work at full pressure, security personnel is at the doors.
The Federal Government's measures to contain the coronavirus also apply to shop. In other words, a safety distance of one and a half to two meters must be maintained. In order to continue fulfilling this measure, more and more supermarkets have imposed entry restrictions. Now take the next step: Several stores report changed opening hours at Easter.

Aldi Süd and Aldi Nord
Aldi Süd has announced a change in opening hours. The branches are due to open at 7 a.m. both on Maundy Thursday and Saturday and only close again at 8 p.m.
Aldi Nord, however, published in a press release that it would not offer extended opening hours. This decision was made to protect employees who deserved a break over the Easter holidays. In addition, Aldi Nord appeals to customers to shop "as needed and considerately".
Lidl: normal opening times
Lidl announces on the website that it has opened regularly. "For the current reason, we ask you to do your Easter shopping early and alone to avoid unnecessary contacts," the discounter says a few words to the customers.
Metro: Now open to everyone - but not everywhere
The wholesale trade "Metro" is currently planning to open all of its 103 branches to end consumers. However, this has to be approved by politicians at the state level. For this reason, only the Metro branches in Mecklenburg-Western Pomerania have been open to everyone since Monday. The approval is valid until April 19. It remains to be seen whether other federal states will follow suit.
Edeka: Easter discounts on Monday and Tuesday
The Edeka markets are regularly open at Easter. However, many branches want to lure their customers with discounts - which only apply at the beginning of this week. This is supposed to equalize the Easter shopping and, if possible, to put it on Monday and Tuesday. So if you shop earlier, you can save.
Rouge and Penny
Rouge and Penny continue to open normally - and close as planned on the holidays. However, the chain also asks the customers in a press release to relieve the branches by spreading the purchases over several days. In addition, shopping should be done carefully.